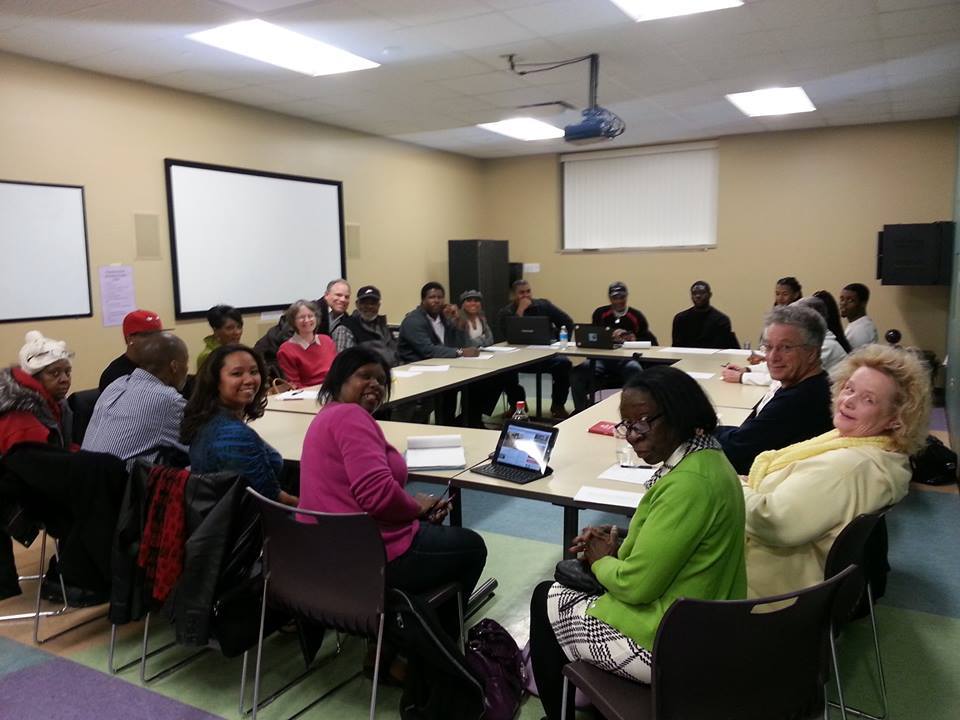 The local Branch of the N.A.A.C.P. was chartered in 1989, and the years since then have been busy ones. Ralph Watkins, of the University of Dubuque Theological Seminary, convened the chapter’s first unofficial meeting at First Baptist Church in late 1988, and 65-70 people attended this meeting. By the new year, 100 members had been enrolled, so the group could officially be recognized. The Branch began its regular monthly meetings in January 1989 in the basement of St. Mark Community Center. It then moved to Peters Commons on the University of Dubuque campus. The number in the Dubuque branch has been as high as 330 members. Meetings were held on the third Tuesday of each month at 6:00 p.m.

The first N.A.A.C.P. Freedom Fund Banquet was  held the following November at Hoffman House, and the guest speaker was Ruth Anderson, persident of the Iowa/Nebraska State Conference. The Freedom Fund Banquet has been held every November since then, with speakers including Rev. C.T. Vivian, Rev. George Clements, Archbishop Daniel Kucera, and Larry Carter of the Des Moines, N.A.A.C.P. The banquet is also the occasion of the Ruby Sutton Award, given to personas who have made special contributions to the work and ideals of the branch in the past.

In 1993, a special award was given posthumously to Hazel O’Neal for her dedication and work in the area of multicultural nonsexist education in the Dubuque Community School District.

Over the years, the N.A.A.C.P. Branch has been actively involved in community affairs. Its Education Committee members have supported efforts in promoting multicultural non-sexist education in Dubuque, and have established the Martin Luther King Jr. Essay Contest as annual event in the Dubuque Schools. Its members supported the initiative of Constructive Integration that led to the establishment of the Dubuque Council for Diversity. Also, the N.A.A.C.P. has worked with the City of Dubuque and the Dubuque Human Rights Commisssion to improve relations between the police and the community to establish procedures for handling cases of discrimination and harassment.

The Dubuque Branch of the NAACP currently meets the Second Wednesday of every month at the Multi-cultural Family Center at 5:30pm.

Hope to see you there!